Talking About Criminal Justice Reform After The First Step Act

This memo offers advice for promoting significant, principled criminal justice reform after Senate passage of The First Step Act. It is intended to aid proponents of major reform while contributing to sustained narrative change.

Our system of criminal justice should uphold the values of fairness, equal justice, and accountability; promote the safety of all communities; and help to prevent harm. Yet we are, unfortunately, far from that vision in our country today. Despite meaningful progress in recent years, we remain saddled with an outdated, unfair, and bloated criminal justice system that drains resources, disrupts communities, and devalues rehabilitation. Racial, economic, and other biases impede fair decision making and outcomes. And the system too often disserves people and communities coping with violence and trauma, as well as those accused and convicted of crime, while failing to recognize that these are often the same communities.

The First Step Act, as passed by the U.S. Senate, includes modest positive reforms while leaving many people behind and incorporating problematic new elements. This memo suggests ways of talking about continued work toward transformative and genuine reform—whatever one’s position on the details of this legislation—as the act moves to the House. 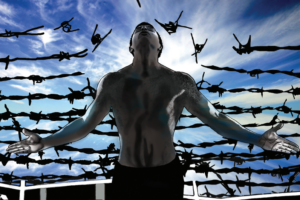 1. Lead with Values, such as Equal Justice, Due Process, and Community Safety.

Research and experience show that it is more effective to lead with shared values in advocating for justice reform than policy details, statistics, or political rhetoric. Audiences are more open to hearing messages that are framed in terms of values that they share with the speaker.

Highlight how positive justice reform will uphold our society’s commitment to Equal Justice, Fairness, and Due Process. Explain that reforms to the current system can achieve true Community Safety. Emphasize Preventing Harm and ensuring Accountability (which is different from retribution). Talk about how each of us probably can relate to the sentiment that one minor offense or infraction should not be Life Defining. And for audiences that prioritize cost or recidivism concerns, lift up the Pragmatism of using prevention and treatment over incarceration and obstacles to reentry.

A shared narrative must persuade the undecided, mobilize the base, and minimize the influence of opponents. For specific messaging, keep your intended audience in mind, including their level of familiarity with the issues and particular priorities—be they safety, racial equity, equal justice, cost, faith, libertarian, or other. In every situation, use language that is accessible to your audience.

3. Lift up the Principles underlying the Act’s Positive Provisions while Discussing the Gaps and Need for Further Action.

Whether or not one supports the act as a whole, its passage by a wide bi-partisan margin can and should represent a sea change in how our nation thinks, talks, and acts on criminal justice issues. Lift up and reinforce this new direction while discussing the importance of continued action and the need to pressure legislators to work on more comprehensive reform—such as repealing mandatory minimum sentences across the board and making all sentencing reform apply retroactively to people who are unfairly incarcerated today. Emphasize that we must do more to promote prevention and alternatives to incarceration.

4. Talk about Racial Bias and other Forms of Unequal Justice.

A large body of research demonstrates the many ways in which aspects of the criminal justice system result in discrimination against people of color, people with disabilities, and LGBTQ people, among others. And a majority of Americans agree that the system is often biased in harmful ways. It’s important to talk about those biases—leading with values and explaining how they affect all of us and prevent us from achieving our full potential as a country. Call out the ways that The First Step Act fails to address those problems. And remind your audience of the need for additional legislation that will bring about true Equal Justice and Racial Equity in the system.

While a majority of Americans support moving away from harsh sentences, many are unaware of alternatives to incarceration and other reform solutions. Lifting up concrete approaches that are working around the country—such as mental health and addiction treatment, restorative justice, bail reform, and ending mandatory minimum sentences—gives undecided audiences confidence that a new direction is the smart thing as well as the right thing.

6. Prioritize the Voices and Leadership of those Directly Affected

People directly affected by the justice system—including formerly incarcerated Americans, family members, and survivors of violence and trauma—are lifting their voices to articulate a new vision of fairness, safety, and accountability. It’s important to lift up their voices and leadership as people who speak from personal experience and have fresh, practical solutions to offer.

Introduce the PROBLEM. Frame problems as a threat to your vision and values. This is the place to pull out stories and statistics that are likely to resonate with the target audience.

We all want a justice system that upholds the values of equal justice, fairness, and accountability; keeps all communities safe; and helps prevent harm.

But our current bloated and outdated system is failing us. Legislative reforms, including those incorporated into The First Step Act, that perpetuate the damage done to our communities are not the answer. Algorithms for early release that are based on biased assumptions will continue and increase current systemic inequities. The human and financial costs to these racist, sexist, transphobic, and ableist systems are staggering. Approaches that we know prevent crime – like drug treatment, job training, and an effective public education system – are ignored in favor of short-term solutions. We can do better.

Contact your senators to push for meaningful criminal justice reform legislation that includes these commonsense reforms.