Talking About Race and The First Step Act

The First Step Act, which recently passed the Senate with wide bipartisan support, can and should represent change in how our nation thinks, talks, and acts on criminal justice issues. While The First Step Act contains modest positive reforms that are welcomed, it is important to also address the act’s limitations. In particular, the act does not directly address issues of racial bias within the criminal justice system. Because it does not openly address the racial bias in the system, there is a risk that it will exacerbate existing racial disparities. This document provides advice for talking about the limitations of The First Step Act as they pertain to race. 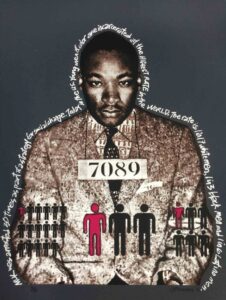 1. Lead with Values, such as Equal Justice, Dignity, and Fairness.

Research and experience show that it is more effective to lead with shared values in advocating for criminal justice reform than policy details, statistics, or political rhetoric. When talking about The First Step Act and race, begin by uplifting the values of Equal Justice, Dignity, and Fairness. Highlight how positive criminal justice reform will uphold our society’s commitment to Equal Justice for people of all races. The First Step Act should aim to ensure that the criminal justice system treats individuals with the dignity and fairness we all deserve. Discuss how everyone should be able to benefit from the provisions of the act, including the many people who are currently incarcerated because of racially discriminatory policies.

2. Focus on Obstacles rather than Outcomes.

Experience shows that most criminal justice problems cannot be truly fixed without addressing questions of race. However, when talking about race, discussing racially disparate outcomes without a greater discussion of the obstacles or problems that lead to those outcomes may cause the listener to respond from an individualistic frame. This makes the listener more likely to blame the individuals adversely affected by the system instead of motivating them to address a problem with the system
itself.

Rather than leading with evidence of unequal outcomes alone, we recommend focusing on the obstacles people of color frequently face that lead to harsh and unequal treatment by the criminal justice system and provide concrete examples of these barriers. Discuss the structural and systemic barriers that have led to racial profiling, racial discrimination in how prosecutors choose whether to charge an individual with a crime, and racially discriminatory sentencing outcomes. These are systemic and structural issues that stem from implicit bias, a history of harshly policing communities of color, and widespread use of policies that do not adequately address either of these issues. Explain the need for additional legislation that openly aims to address racial discrimination in the criminal justice system, thereby better promoting equal justice.

3. Discuss Solutions, Not Just the Problems.

When discussing the various problems with The First Step Act, provide solutions that demonstrate the concrete ways Congress should build upon and fix the act.

The act relies heavily on relatively new and substantially unregulated electronic monitoring. This newly advanced, but little studied, method of supervised release tracks individuals’ daily movements and often requires that they ask for permission from a judge or probation officer to leave home. This type of intrusive monitoring perpetuates comic disparities in the system by making it difficult for individuals to maintain employment and requiring individuals to bear the costs of maintaining the monitoring system. Currently there is little regulation controlling the use of the electronic monitoring as a form of supervised release. The use of this technology on people of color creates an additional law enforcement intrusion into the very communities that are already over-policed because of racially biased policies, and may result in a new form of incarceration that will expand in time.

The act supports the use of risk-assessment tools that rely upon “evidence-based” algorithms to predict the likelihood an individual will commit crimes in the future. While the use of these tools originally aimed to eliminate the bias of judges and prosecutors, research has shown that the algorithms themselves may be tainted by the implicit bias of the creator, which in turn may perpetuate those biases. Thus, the algorithms often unintentionally give higher risk scores to people of color than to otherwise similar whites.

Consider highlighting the following solutions when discussing the use of risk assessment tools:

Consider highlighting the following solution when discussing the excluded offenses:

Criminal justice reform should benefit everyone—including those currently incarcerated as a result of racially biased policies, including racially discriminatory sentences. While the act provides some much-needed sentencing reform, only one of the sentencing provisions applies retroactively. Because many people were initially incarcerated due to racially discriminatory policies, without retroactive application, the act fails to remedy past racial injustices.

Consider highlighting the following solution when discussing the lack of retroactivity:

While it is imperfect in many ways, The First Step Act is the result of the advocacy of many groups and individuals who are committed to equal justice. Moving forward, we need to acknowledge that even though the Act has passed the Senate, there is still a need for continuing systemic change, and more can and should be done. The next step is for legislators and policymakers to continue to improve upon The First Step Act by explicitly addressing the racial discrimination that exists within the system.