Talking About Justice and Equity Through Sports 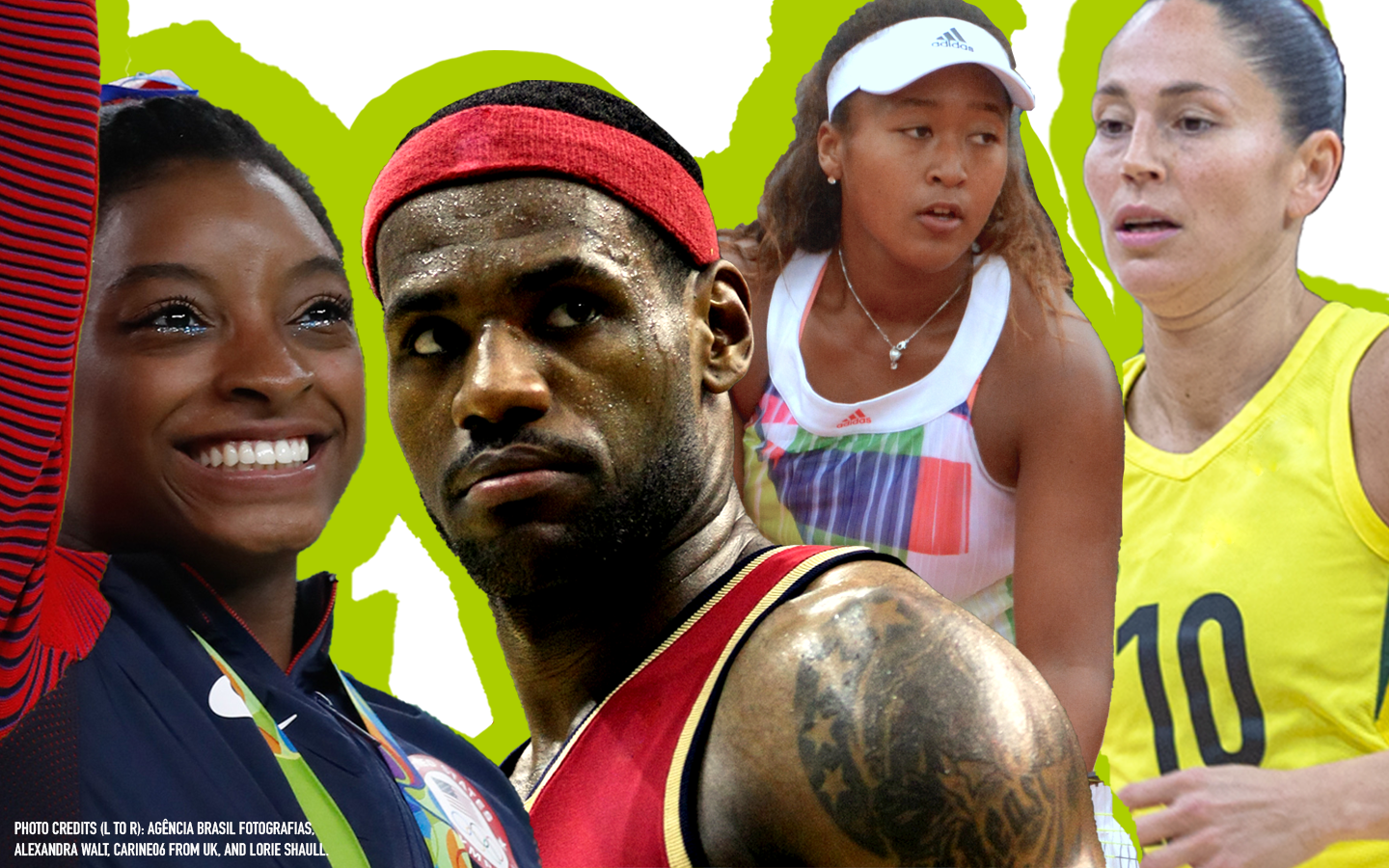 From Colin Kaepernick taking a knee to Simone Biles speaking candidly on the importance of prioritizing mental health, athletes continue to use their power and platforms as cultural influencers to tip the scales towards justice and equity for all.

The power of political and narrative organizing by athletes and grassroots organizers has forced the hand of professional sports leagues and collegiate associations to, in the least, manage a public relations crisis, and at best, look internally to how their structures replicate social inequity. Furthermore, personal acts of resistance by athletes in the public view have forced the nation into conversations about injustice and liberation.

Here are five principles for advocates who don’t follow sports closely but want to engage in these conversations. Together, we can speak with sports fans who share our values but fail to recognize how systemic injustice plagues American institutions. Once we reach that shared understanding, we can move them to support justice reform in both their communities and favorite sports leagues.

1. Lead with shared values of fairness and community and widen the lens towards systemic equity. Sports fans hate cheaters, love underdogs, understand the value of teamwork, and crave stories about people who overcame long odds to find success — the rags to riches story. When viewed through a racial justice lens, however, sports narratives tend to be grounded in assumptions of meritocracy, relying on a familiar (and false) assumption that we social justice communicators regularly tackle about how everyone starts on an equal playing field. There are two important points to remember when you are facing this framing:

2. Know your audience and avoid “inside baseball” talk. The bleachers are one of the rare places where people with a very broad spectrum of political beliefs come together with the shared identity of being loyal fans of their team. Your goal should never be to reach everyone; however, you need to make sure you use language that is approachable to athletes and fans. Once you see that an emerging issue is developing, it essential that you decide on the frame you want to present that would have the greatest impact with your audience.

If your goal is to reach a demographic subset of sports fans and move them into action:

If you’re trying to leverage a moment in sports to speak to wider audiences:

In both cases, especially when speaking to sports fans, avoid jargon, which can leave many people out, and instead craft accessible messages that emphasize human-centered language to invite more people into the conversation. We recommend tailoring messages to specific audiences using the Values, Problem, Solutions and Action framework (VPSA).

3. Lean into your advocacy expertise and lived experience to add value to the conversation. Similar to cable news, sports programming has shifted strongly towards point, counter-point programs that thrive on spectacle and personality. In this media environment, analysis often focuses on internal or interpersonal dynamics — players’ faults, divisions among athletes, or tension between players and team owners or league commissioners. What is lacking in this analysis is the acknowledgment of how systemic inequality may manifest in player’s lives and their communities.

In the coverage of Simone Biles’ decision to withdraw from the 2020 Tokyo Olympics, commentators connected her honesty about mental health to Naomi Osaka’s decision to withdraw from the French Open. Some on-screen personalities “didn’t know what to make” of how these athletes’ decisions conflicted with the longstanding culture of toughing it out. Others applauded the shift toward athletes feeling empowered to be honest about their mental health, a struggle many of us share. In both contexts, however, discourse largely focused on the athletes themselves — not on athletic institutions — and how they personally react to pressure and stress.

In contrast, fellow Olympic gymnast Dominique Dawes added deeper context to the history and culture of misogyny and sexual abuse that pervaded many gymnasts’ training long before the pressure of high-profile competitions. Obviously, Dawes is uniquely positioned to pen this perspective, but you don’t need to be an expert sports analyst to add value. By leveraging your expertise in racial equity, economic opportunity, or any related issues, you can connect media moments in sports to larger systemic issues that sports pundits may miss in their analysis.

4. Follow Black athletes and journalists on social media to monitor for biased reporting in the news. You should trust your instincts when what’s on the surface (i.e. in the news or on social media) doesn’t resonate with what you know to be true in your own lived experience. Like organizing, being a good ally requires some level of accountability to those closest to the problem. By following influential athletes and sports journalists you can more effectively engage with them when issues arise to help reframe conversations in the broader context, rather than allowing the dominant narrative to dictate the frame.

We don’t need to tell you that how news media functions often reinforces racism, and the same is true in sports media. More than a decade after it happened, NBA basketball point guard Allen Iverson’s viral “talking about practice” rant was revealed to be a sound bite from a larger statement where he also spoke honestly about his pain over the killing of his best friend, a case that went to trial days before this media moment. Rather than view Iverson with empathy and compassion for the deeply painful experience he was navigating, reporting in the moment focused on the drama between Iverson and his coach, reinforcing biased assumptions about his work ethic and commitment to the team.

Russell Westbrook’s NBA career has been marked by highly visible, heated exchanges with fans. Westbrook plays with a level of passion rarely seen, and his intensity on the court resonates with harmful stereotypes historically assigned to Black masculinity in media portrayals. The verbal assaults, sometimes referred to as “playful bantering” by fans, are rooted in racism that views Black athletes as less-than-human, and NBA franchises have acted decisively to issue lifetime bans against fans who verbally and physically assaulted Westbrook.

Looking at these specific incidents, how both athletes’ experiences were initially reported is emblematic of the racially biased ways Black men can be portrayed in the media. Following Black athletes and reporters on social media can help add context when learning more about unfamiliar narrative territory in sports.

5. Use the public commitments of sports leagues and teams as a jumping-off point for larger conversations about representation and justice. Much like our national and local politics, professional and amateur athletics are at a key inflection point in our work towards creating an equitable, inclusive society. While this is a key moment to leverage the power of professional athletes and leagues in our work for justice, it’s also vital that we validate players’ internal, anti-oppression organizing to reform policies and practices within their own leagues.

Scrutiny of professional league’s diversity, equity, and inclusion practices continues to reveal significant disconnects between demographics of athletes and their coaches, team owners and executive leadership. Most professional leagues have a labor union, often referred to as the players association. Tracking the efforts of both these bodies and their player representatives helps add context to disputes between athletes and owners during collective bargaining negotiations. In 2020, the Women’s National Basketball Association (WNBA) Players Association made gains to increase base salaries, bonuses and secure paid family leave. In the international arena, the United States Women’s Soccer Team (USWNT) legal battle for pay equity continues.

Acts of resistance by athletes are also challenging leagues and teams to make public statements and financial commitments to addressing systemic racism. Analysis of Federal Election Commission (FEC) records on political contributions, however, raise questions of whether publicly stated commitments to racial justice or admissions of wrongdoing serve as little more than public relations window dressing.

As advocates, our expertise in both policy reforms and anti-racism cultural change within institutions uniquely positions us to use the public statements of athletic associations as openings for larger conversations about social justice.

As one example, a recent Supreme Court decision regarding financial compensation for college athletes further complicated the National Collegiate Athletic Association (NCAA) reluctance to answer state legislative action that opens the door for amateur athletes to monetize use of their name, image and likeness (NIL). The NCAA has justified its position by arguing that athletes receive a free education. When reframed as yet another example where primarily white coaches and administrators are profiting off the free labor of predominantly Black athletes, the roughly $8 billion collegiate sports industry serves as yet another example of a “plantation economy.”

Since Colin Kaepernick first took a knee in August 2016, hundreds of athletes have joined his protest of police brutality. His actions sparked a significant increase in both social media discourse and news media articles over a 12-month span preceding and following his protest. As we saw again with Simone Biles, cultural influencers hold tremendous power to propel conversations into our national discourse and create space for other high-profile individuals and the public to speak out.

Working directly with cultural influencers, or engaging in the conversations they spark, creates an opportunity to center the voices of people with direct experience of the issues at hand and convert short-term media moments into long-term narrative shifts and lasting policy changes. Given the upside of jumping into the debate, we shouldn’t sit on the sidelines.