Skip to content
The Opportunity Agenda – Our Tools – When They See Us: Improving the Media’s Coverage of Black Men and Boys

When They See Us: Improving the Media’s Coverage of Black Men and Boys 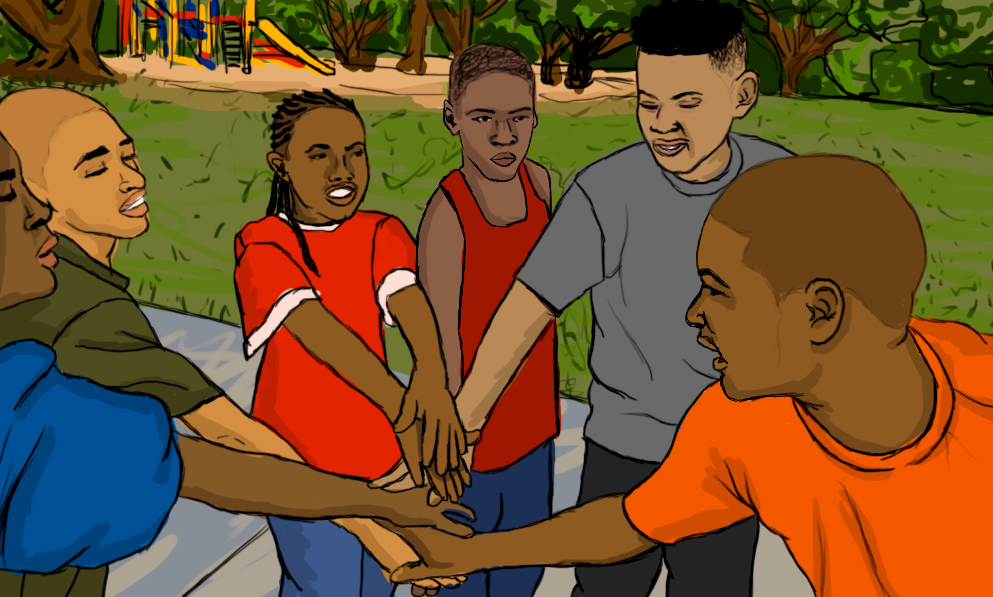 This memo is intended to help journalists and media organizations produce fuller and more accurate reporting on African-American boys and men while reducing bias and stereotyping in their coverage. It is designed to inform coverage around the release of the new film, When They See Us, and the 30th Anniversary of the Central Park Five case in 1989.

The Central Park Five case involved the assault and rape of a white female jogger and the wrongful arrest and conviction of four African-American and one Latinx teenager—Kevin Richardson, Antron McCray, Yusef Salaam, Kharey Wise, and Raymond Santana—for the crime. The young men spent between 6 and 13 years in prison before being exonerated in 2002 when another man confessed to the crime.

Created by Ava DuVernay for Netflix, When They See Us, depicts the story of the Central Park Five and highlights how biased media coverage and harmful stereotypes contributed to the young men’s unjust incarceration.

Media coverage powerfully shapes the ability of individuals and communities to receive fair and equal justice. Politicians, prosecutors, police, juries, and everyday people are influenced not only by the facts reported in stories, but also by the images, labels, framing, and narratives that those stories convey. Decades of research reveal a persistent trend of distorted media depictions of Black men and boys that contribute to negative stereotypes, inequitable treatment, and unequal opportunity in areas ranging from employment, to education, policing and sentencing.

Research by The Opportunity Agenda1 reviewing hundreds of studies over several years found: that news coverage and other media depictions overrepresent Black boys and men in stories of violence, crime, and poverty; underreport important dimensions of Black males’ lives, such as fatherhood and work; and lack coverage of systemic barriers facing members of this group. The research further found that distorted media depictions can lead to negative attitudes toward African-American boys and men, such as increased public support for punitive approaches and tolerance for racial disparities. Subsequent research on depictions of African-American families2 similarly found that news and opinion media significantly overrepresent the association between Black families and criminality while significantly underrepresenting White families’ association with criminality.

Improving the Quality and Accuracy of Coverage

The release of Ava DuVernay’s When They See Us and the 30th anniversary of the Central Park Five case represent a moment for national reflection and coverage, not only on the show and wrongful convictions, but also on the societal and media biases that allowed that tragedy to happen. Based on our research and analysis and best practices from the journalism field, The Opportunity Agenda recommends six ways that news outlets and journalists can more accurately portray Black life and adhere to the media’s fundamental role in informing the public and furthering our democracy.

As When They See Us makes clear, improving the quality of media coverage of Black men and boys is critical because the stakes are so high. Distorted media coverage and portrayals contribute to the perception that Black men and boys should be viewed as threats and burdens instead of valued and participating members of our society. Those perceptions play out in our justice systems, in employment, in education, and in other contexts that are crucial to opportunity, health, and happiness.

Through full and accurate reporting, journalists can counter these trends and be part of the solution. Just as individual stories must be fair and accurate, we hope that patterns of distorted reporting will trigger changes in story assignment, reporting, and editing practices.

1 The Opportunity Agenda, Social Science Literature Review: Media Representations and Impact on the Lives of Black Men and Boys (2011), https://bit.ly/2H551mm.
2 Travis L. Dixon, “A Dangerous Distortion of Our Families: Representations of Families, by Race, in News and Opinion Media.” (2017). https://bit.ly/2z9ST0Y.
3 https://perception.org.
4 https://implicit.harvard.edu.